Posted at 13:12h in Uncategorized by gestinet

Compared to a hydraulic system, the new Magic system with electrically driven accumulation head generates an average energy saving of 60%.

Moreover, we can define our mechatronic system as “power on demand”, i.e. it uses energy only as much as necessary, with obvious advantages both in terms of energy consumption and great advantages in terms of repeatability of work cycles and long life.

The system we have adopted has an efficiency of approximately 95%. This efficiency remains constant at any load and speed. We have adopted a pair of motors capable of developing a combined power of 28 kW in the most severe conditions, generating, where necessary, a pressure in the accumulation chamber of about 200 bar at a movement speed of 90 mm per second.

We would also like to consider the following: most of the productions exploit only a part of the system power, in values generally between 30% and 60%. The energy expenditure is automatically reduced in the mechatronic system, while the hydraulic system always compresses the oil to its nominal value. It follows that the more the system works away from its maximum potential, the more favorable the energy savings are for the new mechatronic system.

Other advantages of the mechatronic system:

Our mechatronic system has no pressurized oil. This means that there is no risk of the system components breaking under pressure, and therefore also no corresponding safety systems.
safety systems. The machines for processing thermoplastics are equipped with heating elements that heat the parts of the extrusion system up to 300 degrees. Accidental leakage of pressurized oil from an “old” hydraulic system mists the oil to such an extent that its contact with the glowing heating elements can create a fire hazard. This is not the case with our new patented electrically operated system. Safe and oil-free machines.

– Machine suitable for the pharmaceutical and food industry.

Any “old” hydraulic system includes a containment tank where the oil is sucked by the pump and sent to the circuit. The oil then returns to the tank to be cooled and filtered. The tank must be sized to contain the variation in oil level within certain limits. Due to the return flows, it must have vent valves for the air outlet, which are filtered but still fail to contain 100% of all the atomized oil, so some of it may be dispersed into the environment.

Our new mechatronic system allows working in the absence of contamination, so it is perfectly adapted to the pharmaceutical and food sectors.

You can learn more about which cookies we use or deactivate them in the settings. 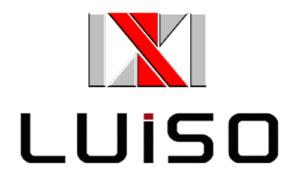 This website uses cookies so that we can offer you the best possible user experience. Cookie information is stored in your browser and performs functions such as recognizing you when you return to our website or helping our team to understand which sections of the website you find most interesting and useful.

If you deactivate this cookie, we will not be able to save your preferences. This means that every time you visit this website you will have to activate or deactivate cookies again.